As a result, the Vietnamese futsal team fell into Group D with the participation of Japan, South Korea and Saudi futsal teams. 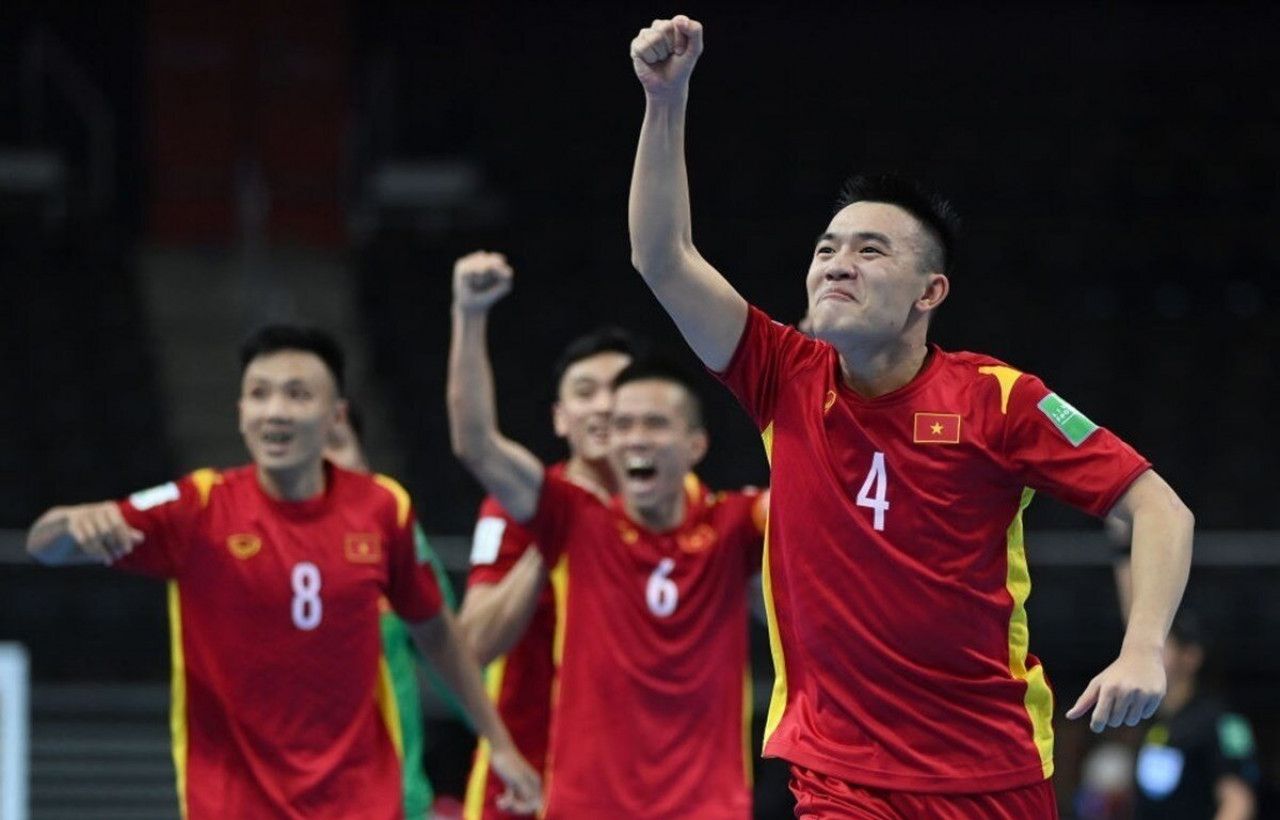 Vietnam’s ranking is 41. Therefore, if played properly, the red shirts are fully capable of reaching the quarter-finals through the group stage. 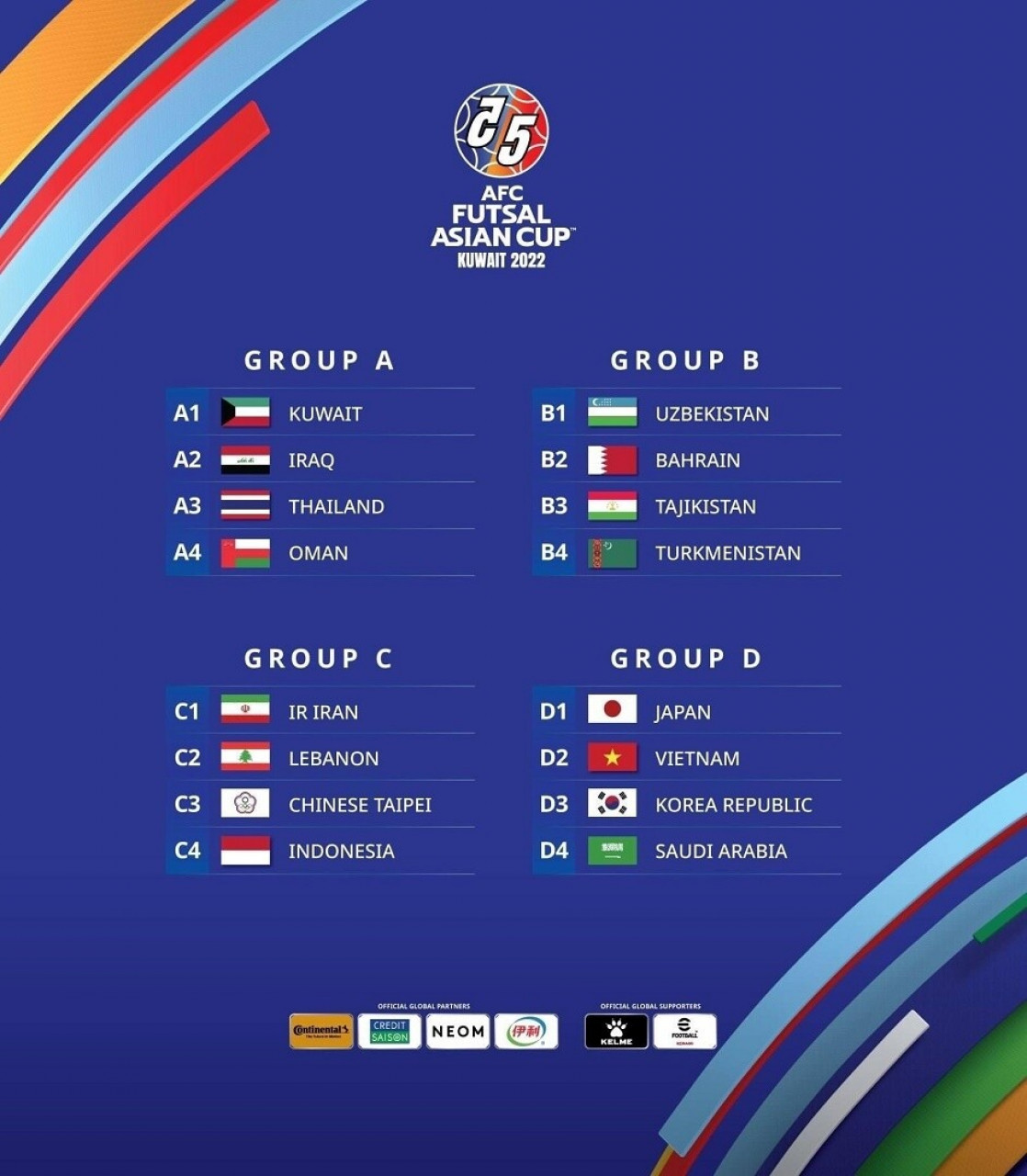 Defending champions Iran are in Group C with Lebanon, Chinese Taipei and Indonesia.

The remaining Southeast Asian side Thailand are in Group A along with hosts Kuwait, Iraq and Oman. 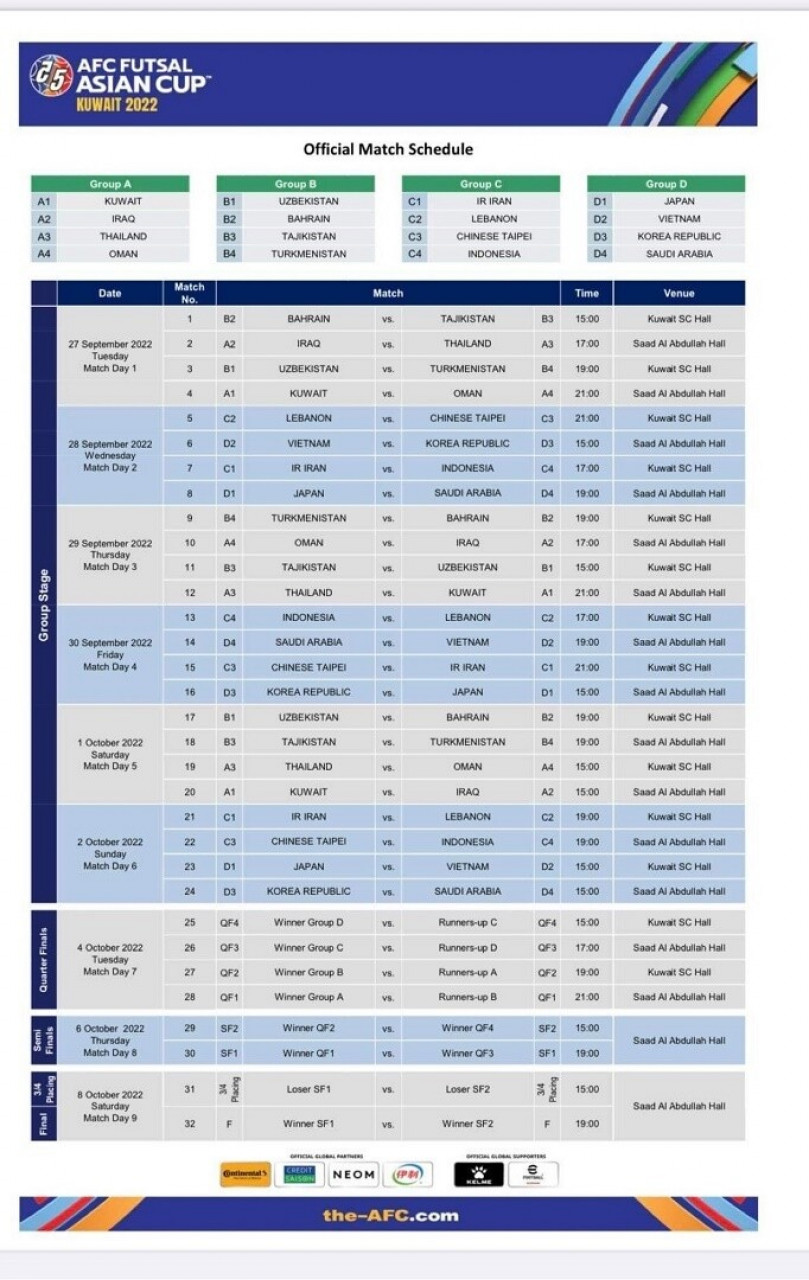