Accordingly, the Vietnamese women’s team ranked 32nd in the world with 1,655.51 points.It is worth noting that although the Vietnamese team won the championship sea ​​games 31, but since this match is not part of the FIFA scoring system, no points will be awarded for all victories.

Coach Mai Duc Chung’s teachers and students are leading the way in Southeast Asia, which is sixth in Asia – eight places ahead of Myanmar, which is seventh.

Meanwhile, the Thai women’s team ranked 43rd in the world and 8th in Asia with 1,547.02 points. The Golden Temple football team is 11 places behind the Vietnamese women’s team.

In the same district, the Myanmar women’s team accumulated 1517.59 points, ranking 10th in Asia and 48th in the world.

The United States remains at the top of the FIFA Women’s standings with 2,104.25 points. The following teams are Sweden, France, Netherlands, Germany, Canada, Spain, England, Brazil and North Korea.

According to research, on August 5, the FIFA women’s football rankings will be updated next time. By then, the ranking of the Vietnamese women’s team is likely to change.

At present, the teachers and students of Coach Mai Dezhong are gathering at the Vietnam Youth Football Training Center. On June 27, the team will fly to France for a friendly match with the home team (July 1).

On July 2, Huynh Nhu and her teammates will return to the Philippines for the 2022 Women’s AFC Cup.

In the 2022 Southeast Asian Women’s Football Championship, Vietnam’s women’s football team is in Group B with Myanmar, Timor-Leste, Cambodia and Laos.

And Group A includes Thailand, the Philippines, Indonesia, Singapore, Australia and Malaysia. 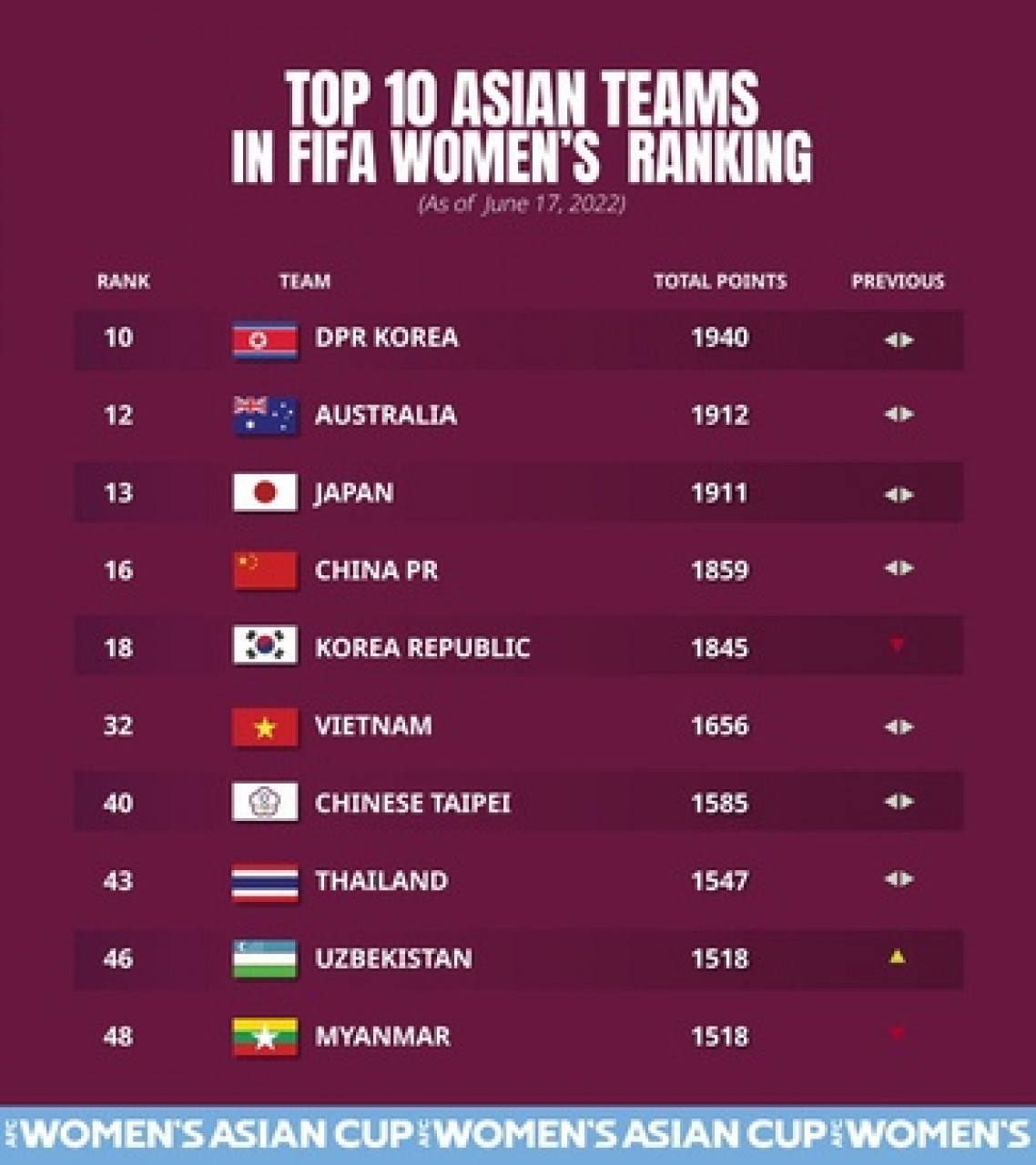